June 12: Kasturba Medical College has bagged the 9th position in top 10 Medical Institutes of the country according to NIRF 2020.

Kasturba Medical College was the first private medical college in India established in the year 1953. In the beginning years, the college provided only pre-clinical courses and for clinical training had to go Mangalore. In 1969, Medical College has introduced clinical program & become full- fledged independent college. It has got recognition in 1958 by Medical Council of India & in 2008 from Government of India.The college focuses on creating highly qualified professionals to the serve the nation.

Collaboration: KMC has exchange programs with

Extra Curricular Activities: The college organizes wide variety of cultural & sports events throughout the year like

There are separate sections for both men and women. Winners and runner-ups in these events are awarded merit certificates. The Winning team will be awarded a trophy for that year.

Sports Amenities: The Students show full enthusiasm for participating in the events organized by the college. The college has provided various facilities like-

Scholarship: The institute has the provision of scholarships that are offered to:

"Great College if you can afford it"

The college is exceptionally well managed. No complaints.

Its in the top 5 medical colleges of the country. Best college Based on Rank. General quota. Modern technology. Lots of stuff to learn. This is recognised by the General Medical Council of Great Britain and the Malaysian Medical Council.

Good college but is more friendly to people with money as there us more amount of rich students than middle class students. Friendly faculty and helpful staff with decent exposure to patients as well good internship provided

Definitely 10/10 would recommend to anyone who wants to pursue medicine.

As we sab about positivity college ranking itself shows it. It provides best teaching faculty who are always punctual and college provides faculty to the students that they show their talent in other activity too. 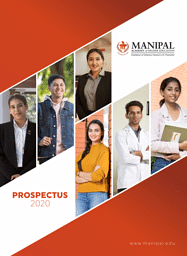 1 Comments
A
Anonymous
I had completed my pharm-D As a pharm-D graduate am i eligible for MD pharmacology
A
Anonymous
Hi Medasani, students who have done MBBS from a recognized university and candidates completing their compulsory rotating internship on or before 31.03.2018 are only eligible for the course. Thus, if you satisfy these criteria, then, you are eligible, else not.
- No More Comments -

Universities across India who rely on international students will hit badly, says Dr. Raghu Ramakrishnan, the Director of International Collaborations at Manipal Academy of Higher Education&nbsp;(MAHE).&nbsp; In an interactive session with TOI, Dr. Raghu spoke about Universities facing huge losse

Parent College In This Group

Definitely 10/10 would recommend to anyone who wants to pursue medicine.

As we sab about positivity college ranking itself shows it. It provides best teaching faculty who are always punctual and college provides faculty to the students that they show their talent in other activity too.