Closer to my house, Great hospital affiliations, College Reputation and Access to curricular and extracurricular activities. KEM is known for its clinical expertise and has better PG prospects than any other physiotherapy college in Maharashtra.

My college is one of the very few colleges in Maharashtra and especially Mumbai that offer occuparional therapy as a course. It is affiliated to a great hospital and has extremely knowledgeable and experienced faculty along with a great exposure to varied cases and patients from over the country.

This institute has huge number of patients to see and also has latest machines and technologies which other colleges don't have. It has amazing doctors. This college is best in Maharashtra for medical education

Seth Gordhandas Sunderdas Medical College (GSMC), Mumbai was established in 1926. The medical college and hospital is located in central Mumbai in an area called Parel. Institutional priorities have been medical relief, medical education and research. 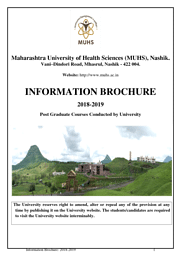 4 Comments
A
Anonymous
I am pratyaksha what is the procedure to get admission in physiotherepist...i have marks 320 in NEET
A
Anonymous

Hi Pratyakshsa, For the admission in bpt you have to qualify neet according to the cut off list , For cutoff list check the given link:- NEET cutoff

A
Anonymous
hello i called hanyurwumutima daniel from Rwanda country i need to know detail for international student
A
Anonymous
Hi Hanyurwumutima, I am providing you the contact number of this college, please contact for your query 022-24136051.
A
Anonymous
how many rank to get this collage
R
Ruby Pakhariya

Hi Osama, please find the NEET cutoff to get the fair idea about required rank to get admission. To get more details, get the link http://collegedunia.com/college/10971-seth-gs-medical-college-gsmc-mumbai/cutoff-neet

A
Anonymous
I am a Physiotherapist.I want to pursue MBBS. So is it possible to get admission easily as I m from the paramedic field .
- No More Comments -

All India Institute of Physical Medicine and Rehabilitation - [AIIPMR]

Maharashtra University of Health Sciences (MUHS) declared its results on the very same day after conducting the practicals on October 2, 2020.&nbsp; This year, the&nbsp;MUHS&nbsp;MBBS final year examinations were conducted in exceptional conditions due to Covid-19 Pandemic.&nbsp; The exams wer

This institute has huge number of patients to see and also has latest machines and technologies which other colleges don't have. It has amazing doctors. This college is best in Maharashtra for medical education

One of the Best college in India. You will get maximum patients of all types. More experience and makes your profile strong. Excellent college as it belong to bmc so the pt overflow is at its peak it's difficult to get into this college and I am proud be a part of this