June 11: KMAT applications are open now. The last date of application is in the fourth week of July. Apply now

Siddaganga Institute of Technology (SIT), was established in 1963. This prestigious institute is one of the premier technological institutes in the state of Karnataka, located in the town of Tumkur, Karnataka, India.

TEQIP:-  SIT is one of the 14 Engineering colleges of Karnataka State selected by Government of India for providing an aid of Rs. 10 Crores (100 Million) for the all-round development of the college under TEQIP. TEQUIP is supported by World Bank and 30% of the amount is considered as grant and 70% is a loan which is to be paid back in 20 years period with 8% interest.

Two cultural festivals SPANDANA and HALCYON are organised for three days in each semester of the year. Students from various technical institutions in Karnataka State participate in these festivals, which include a vriety of items like English & Kannada debates, Quiz, essay writing, mimicry, dance, drama, etc and are aimed at increasing the friendship and exchange of ideas among studnets of different institutions.

â€‹Kennedy Guest House: The Kennedy Guest House, located at the Entrance of the Institute provides for accommodating the Guests on visit to the Institute. Named after the Former President of United States of America, John F. Kennedy is a two floor building with decent facilities, and surrounded by Lush green lawns.

According to me our college is one of the best and give best experience.

College is good in terms of placement, academics is also quite good, teachers are supportive. But lack of social life.

Ques. Which college should I choose for CSE among KLE Technological University, RNSIT, and SIT (Tumkur)?

Ans. Among the given options, SIT Tumkur is definitely a better option. It offers better placement and exposure as compared to RNSIT and KLE. KLE isn't ideal when it comes to its location, therefore, I would advise you to not choose it. Since it is located far away from the main city within Bangalore, it gets pretty inconvenient for the companies to show up for placements. This gravely affects the placement scenario. You would as well be devoid of opportunities like off-campus placements, startups, or even as mentioned, transportation. If you are a North Indian, never choose a college that is located at a far-away destination from Bangalore because of how inconvenient things would get because of the transportation factor. However, if we talk about SIT Tumkur, the location of that institute is ideal since Bangalore is not that far from it. It is around 80 km away, which boosts the placement stats along with the ranking of that particular institute. RNSIT is in Bangalore but it is not as good as SIT Tumkur.Read more
0
0
Share
FacebookTwitterCopy Link
2 Answer
●●●
Upvote
Downvote
Report

Ques. Which will be better SIT Tumkur ISE or IIIT Nagpur ECE?

Ans. SIT Tumkur is a decent choice. Both the ISC and CS branch faculties are very well established as compared to the other faculties in the college. The syllabus is also very well updated and is set according to industry standards. A number of different companies hire students from a number of different branches with decent packages of INR 3 to 7 LPA. Many different companies like TCS, Accenture, Siemens, Bosch, Byjus, etc. visit the college annually. Lastly, if you want a fair comparison, my advice to you would be to visit both colleges and get in touch with the departments, their students and seniors. You are basically going to invest 4 years of your life here.Read more
0
0
Share
FacebookTwitterCopy Link
1 Answer
●●●
Upvote
Downvote
Report

Ans. Although it can be extremely difficult when it comes to choosing the perfect engineering college from so many options these points can really help you to make a precise decision for your future. Placement- Top companies like Amazon, CTS, IBM, HP, Tech Data, Samsung, Oracle, Microsoft provide the LPU students with various internship and job opportunities. The highest placement package is around 42 lakh per annum and the average range is 15 lakh per annum. The highest salary package remains to be around 14.2 LPA for Siddaganga students and companies like Cisco, Health-Care, State Street, Juniper Network, Varsa Network and TCS are some of the top recruiters who offer both internship and job opportunities to the students. Ranking- LPU ranked 99th amongst the top 100 institutions by NIRF 3rd amongst the top Private universities and 87th among the top engineering institutions by NIRF. Siddaganga Institute of Technology, on the other hand has ranked 91st amongst the top engineering colleges by NIRF. Also, it has ranked 51st amongst the top engineering colleges by India Today. Eligibility and Fees Structure LPU Course name Eligibility Course fee B.TECH 10 +2 with min 60%+ LPUNEST 1.37 lakhs per year MBA Graduation with min 55% 2.32 lakhs per year BBA 10+2 1.09 lakhs per year BPT 10+2 97,067 per year M.TECH B.TECH with 60% 1.09 Lakhs per year Siddaganga Institute of Technology Course name Eligibility Course fee B.Tech 10+3 with 45%+DCET 76418 per year M.Tech Graduation with GATE 92975 per year B.E 10+2 with min 45%+KCET 77673 per year MBA Graduation with 55% 12000 per year Scholarships- LPU seems to provide a lot of scholarships to students who perform well in various categories. Some of these scholarships are LPUNEST, on the basis of national tests, performance in extracurricular activities and so on. In Siddaganga, a special scholarship is arranged by an institution alumni K.Shyam based on the CGPA and extracurricular performances of the students inside the campus. Hostel facilities- LPU has separate hostels for boys and girls with excellent accommodation. They provide standard rooms with essentials like Iron bed, table, Almirah, AC geyser and so on. Hostel fee depends on the type of accommodation. For 1 seater apartment the fee is around 168000 per year and for 2 seater apartment it is 119000 per year. Siddaganga Institute also provides comfortable accommodation for girls. They provide good food for 7 days with one special item once a week. The hostel fee here is relatively less unlike most of the other private universities. The hostel fee here is around 55000-65000 per year and it seems to be changing every year.Read more
0
0
Share
FacebookTwitterCopy Link
1 Answer
●●●
Upvote
Downvote
Report 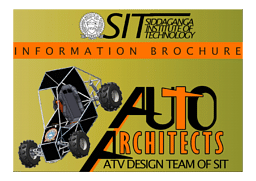 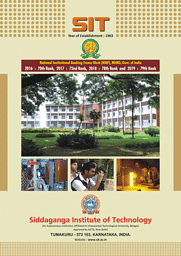 2 Comments
A
Anonymous
i need to know about the courses and the fee structure.. and moreover the cutt off in kcet and comedk cut off
A
Anonymous
can you tell me about SIT?
A
Anjali Singh

Hello Manish, to know about Siddaganga Institute of Technology, please visit the given link http://collegedunia.com/college/15126-siddaganga-institute-of-technology-sit-tumkur

Indian Institute of Technology (IIT), Bombay has extended the registration deadline for GATE 2021 with late fee till October 14, 2020.&nbsp;Check the direct link, revised dates, details below.&nbsp;GATE 2021&nbsp;registration began on September 11, 2020, and was slated to end by September 30. Howeve

September 29, 2020:&nbsp;The Karnataka Private Post Graduation College Association (KPPGCA) had declared the examination date for KMAT 2020 on its official website: kmatindia.com. The KMAT 2020 will be held from October 29, 2020, through online mode.&nbsp;The&nbsp;KMAT 2020&nbsp;registration process

The Karnataka Examination Authority has reopened the application window for the KCET, 2020 Diploma CET 2020 and the PG CET 2020 exams. Get Direct Links here.Applicants who have been assigned ranks but have not been able to upload documents will now be able to submit the necessary documents online.Al

As per the schedule, the process for&nbsp;uploading the KCET 2020 Counselling documents is in progress.&nbsp;Karnataka Examinations Authority (KEA) has provided the last chance to the candidates who failed to upload the documents. The document uploading window went live on September 28 at 4:00 pm an

All Indian Council for Technical Education (AICTE) has announced the GATE/GPAT scholarship 2020 for Post Graduate students to ensure development in India. The announcement is made for M.Tech/M.E/M.Arch Students for the academic year 2020-21.&nbsp;As per the guidelines approved by AICTE, the eligible

Visvesvaraya Technological University (VTU) has recently announced their decision to make 10 of their BE courses which are not on-demand equivalent to their peer courses which are on a huge demand.Following the decision made by VTU, BE in industrial production and engineering, automobile engineering

The&nbsp;state-level entrance examination PGCET&nbsp;conducted&nbsp;by the Karnataka Examination Authority (KEA) has been postponed for another week.&nbsp;Karnataka PGCET 2020&nbsp;application window is now open for interested candidates.&nbsp;KEA shared the revised exam date-sheet and timings of PG

The Karnataka Examinations Authority (KEA) has announced revised exam dates for Karnataka DCET and PGCET 2020 and postponed the entrances to October. KEA has also reopened the registration window for students who were not able to apply for the entrances before.&nbsp;According to the latest notificat

I have chosen this course because I want to become an engineer in ISRO. In telecommunication engineering, satellite study is involved. I think everything is very good in our branch. Events and fests are conducted every month here, and the campus crowd is very good.

College is good in terms of placement, academics is also quite good, teachers are supportive. But lack of social life.